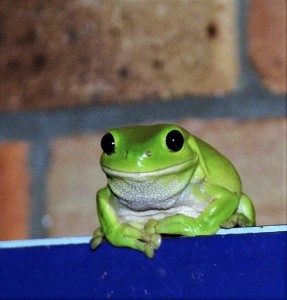 on the meaning of being,

the pond is empty

The Currimundi Catchment Care Group in the Sunshine Coast of Queensland has posted a blog post on the Striped Marsh frog.

They are a grassroots organisation that is:

‘a very diverse and active group. We have removed weeds and planted thousands of plants in the parks and bushland bordering the waterways, collected tonnes of rubbish, stenciled litter awareness messages on hundreds of stormwater drains, delivered thousands of newsletters four times a year to a growing urban sprawl, distributed thousands of butt bins, addressed school groups on local environmental issues, conducted tours of an important rainforest stand and maintained a monthly water-monitoring roster at twenty sites along the waterways.’ (source: Currimundi Catchment Care Group website).

They asked permission to use a photo I took when we lived at Woodgate Beach in Hervey Bay.

They have also included a sound track of the unique croak of the Striped Marsh frog (a drip, drip, drip sound – I used to think it sounded like a game of ping pong (if you have a group of them). 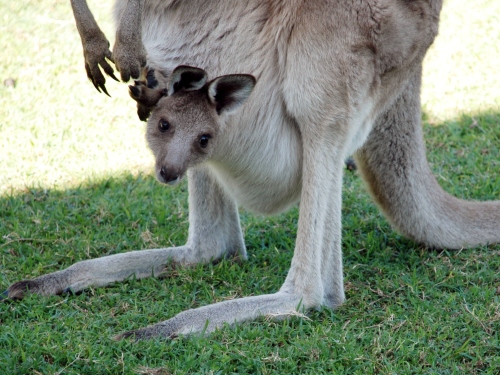 The hungry are listening

There is a partially blind kangaroo who hangs around our garden – the blind eye looks blue and I call her Old Blue Eyes.

I called her that when I thought she was a male, then one day I noticed she had a baby (a joey) in-pouch. That joey is out of the pouch now!

Old Blue Eyes is a bit of an outsider with the local mob and tends to graze by herself, with her joey. I think she feels safe at our place and doesn’t get spooked when I walk past.

I took these photos yesterday. My children had left the ball there from the day before! (no, I didn’t put it there for the benefit of the photos).

We have been fortunate to have a flock of Red-tailed Black Cockatoos hanging around in front of our house, the last week or so. They come in the morning to eat the seeds/nuts (or are they fruits) from the casuarina trees along the beach. They are very smart so getting a good photo is a bit difficult, as they see you coming and take flight. Again Andrew has taken a great photo – he was scouting about with Michael and they both got fine shots.

It was a full moon two nights ago (huge tide and more beach erosion!) and I heard a noise on the balcony. When I went to have a look I saw we had some nocturnal visitors – a family of Tawny Frogmouths. They aren’t owls (they are related) but sure look a lot like them.

The one on the far right is the baby. His or her feathers looked so soft and new.

They do this swaying thing with their head and body (bit like a snake) when they are agitated.

Then after about 10 minutes they turned their backs on me and flew off.

I thought they might be messengers but the phone hasn’t rung yet!

Here are some photos I took of the local fauna – I’ve resurrected a couple, so apologies if you have seen them before. 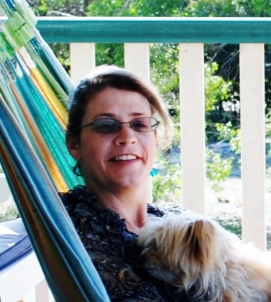