We’re back from a short trip to the Coral Coast. We stayed at Innes Park, 5 minutes south of Bargara beach.

This area is where the Great Barrier Reef begins. 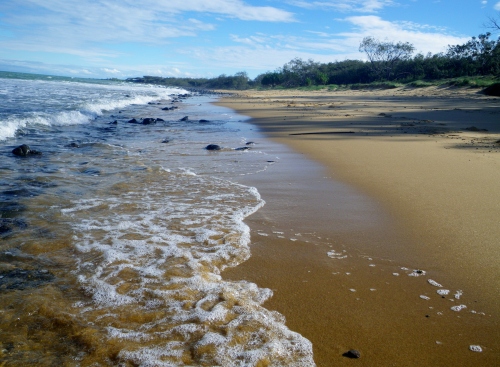 It was rainy and very windy for the first couple of days. We had bad reception so there was no internet. The television aerial was on its last legs and actually fell off the house on our final night – we could only get a couple of channels now and then, and none on the last day.

The salt air had done some damage to the house (corroded windows etc.,).

Michael was not impressed (‘these people need to renovate’ he said 😉 ).

By the end of the holiday he said that it wasn’t such a bad thing to have no tv or internet (nb., easy for him to say as he had his Sony Android game playing tablet with him!).

They do say ‘disconnect to reconnect’.

Here is the house we stayed in:

Here is the view from the house:

The shoreline in this area is unique in that it is lined by black basalt rocks, formed by volcanic activity a million years ago.

Apparently the rocks continue underwater and are completely covered by corals in some parts. This means you can go snorkelling or diving right from the shoreline (if you are that way inclined).

The kids had a great time searching the shore and rock pools for coral, shells and little critters.

There is still some sand to be found:

We discovered what must be the prettiest toilet block in Queensland and were particularly impressed that a Gouldian Finch had been included in the mural 🙂 The mural was on every side of the block (I would show you all the pictures but am running out of room).

We visited Bargara for the shops and restaurants (5 minutes drive from where we were staying at Innes Park). 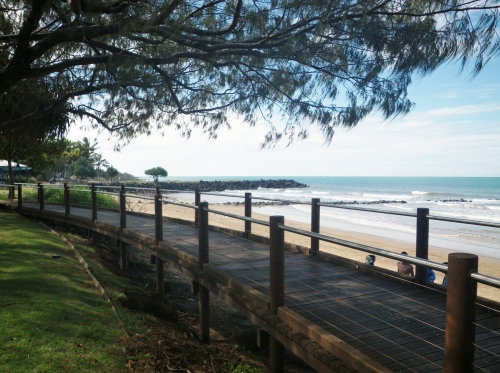 We were allowed to let our dogs Jazz and Sheba stay with us – yayayayay.

Sheba is less enthusiastic but loves to play tennis on the sand. 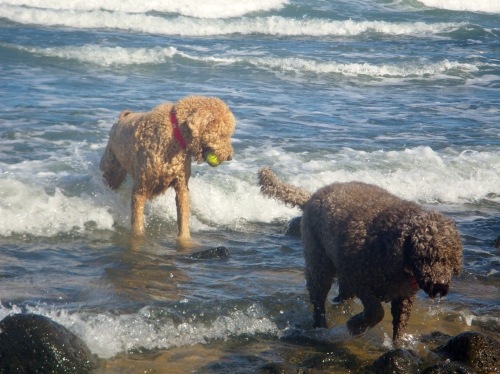 These rocks are a bit difficult to negotiate 😉 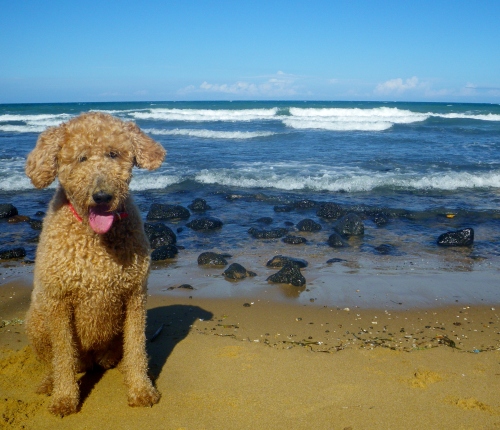 This playing on the beach can wear a dog out!